Venus and the lino etching experiment

My first experiments with lino etching coincided with some prints that I did on the theme of Venus. My etching paste was a caustic soda and wallpaper paste mix so I pessimistically exiled myself to the shed for fear of burning holes through table tops in the house. The etching paste actually worked rather more efficently than I expected and not much of the lino was left, but I liked the organic nature and textures. The etched piece of lino 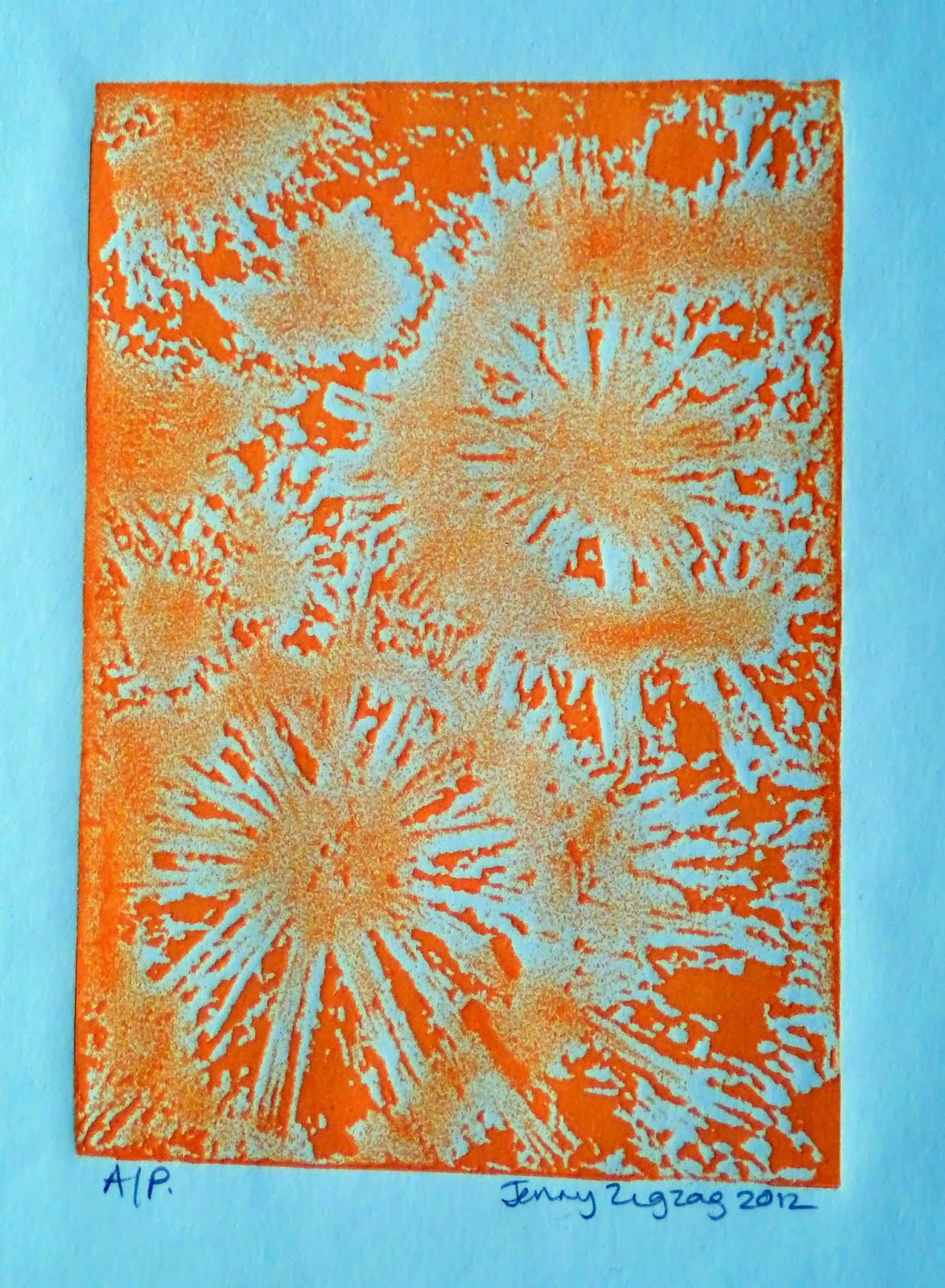 After this I had another attempt at the same image  but this time I painted molten wax onto the lino as a resist before painting on the etching paste. I left it for an hour again  and this time the resist worked so efficiently that hardly anything etched away! It was a very different effect to the wax crayon resist. 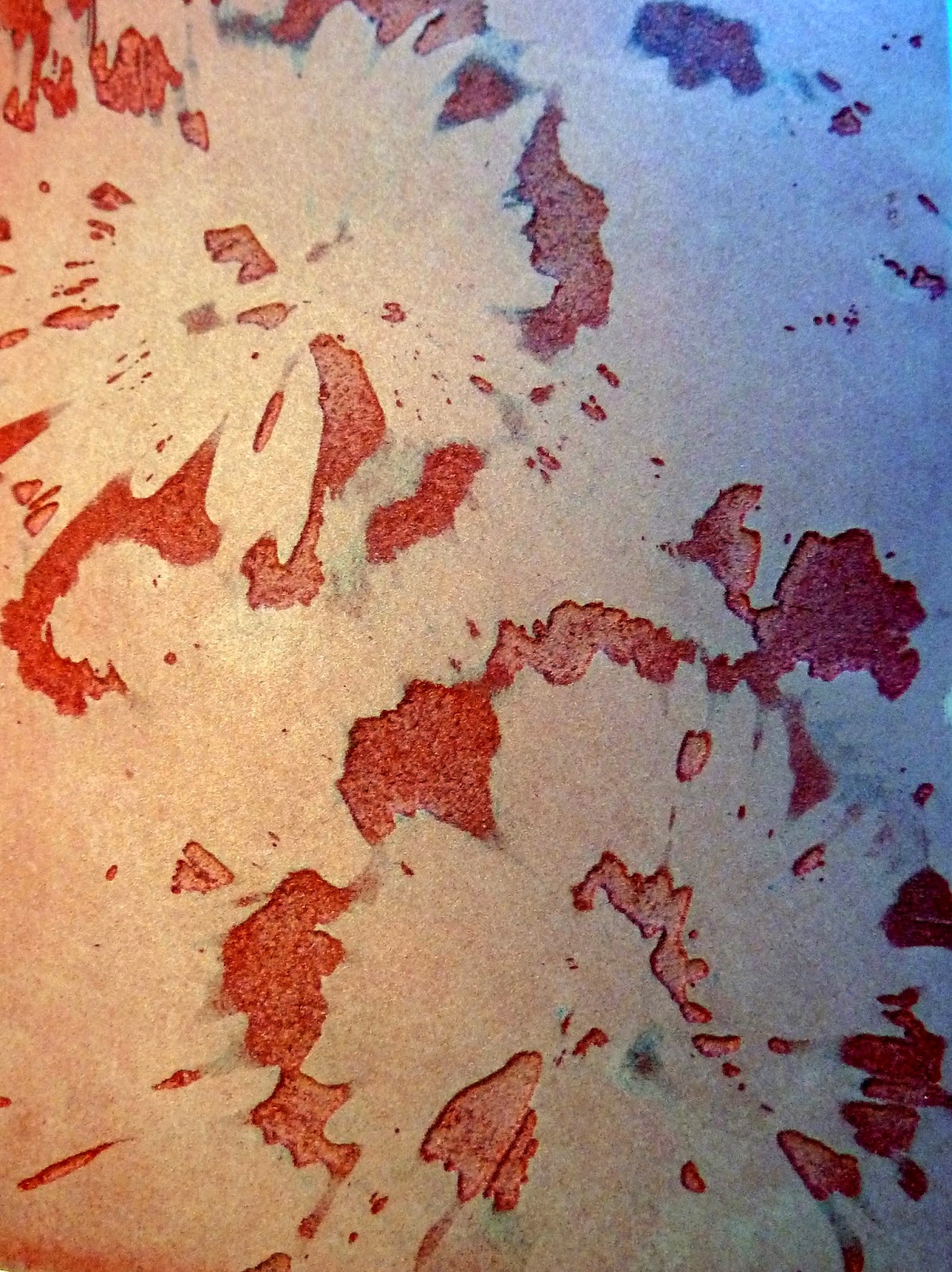 Next I decided that perhaps I should do a time trial on a test strip. I painted my etching mix onto the lino at ten minute intervals over a period of an hour. Not quite as scientific as it sounds: what I discovered was that the thicker the paste, the faster it etched, so 40 minutes actually etched less than 10 minutes...

Time to put some of this into practice again. In my next print, of Venus and the crescent moon, I cut away the moon using lino cutting tools. Then I painted the etching paste onto the shadowed area of the moon and left it for just a short time. This gave it a very lightly textured surface. Rather lighter than I anticipated. When I printed it, it clogged up and hardly showed on the print. So I inked the lino then wiped the textured area with an oily cloth before inking lightly again. The oil seemed to resist the ink a little giving the shadowy effect that I wanted. 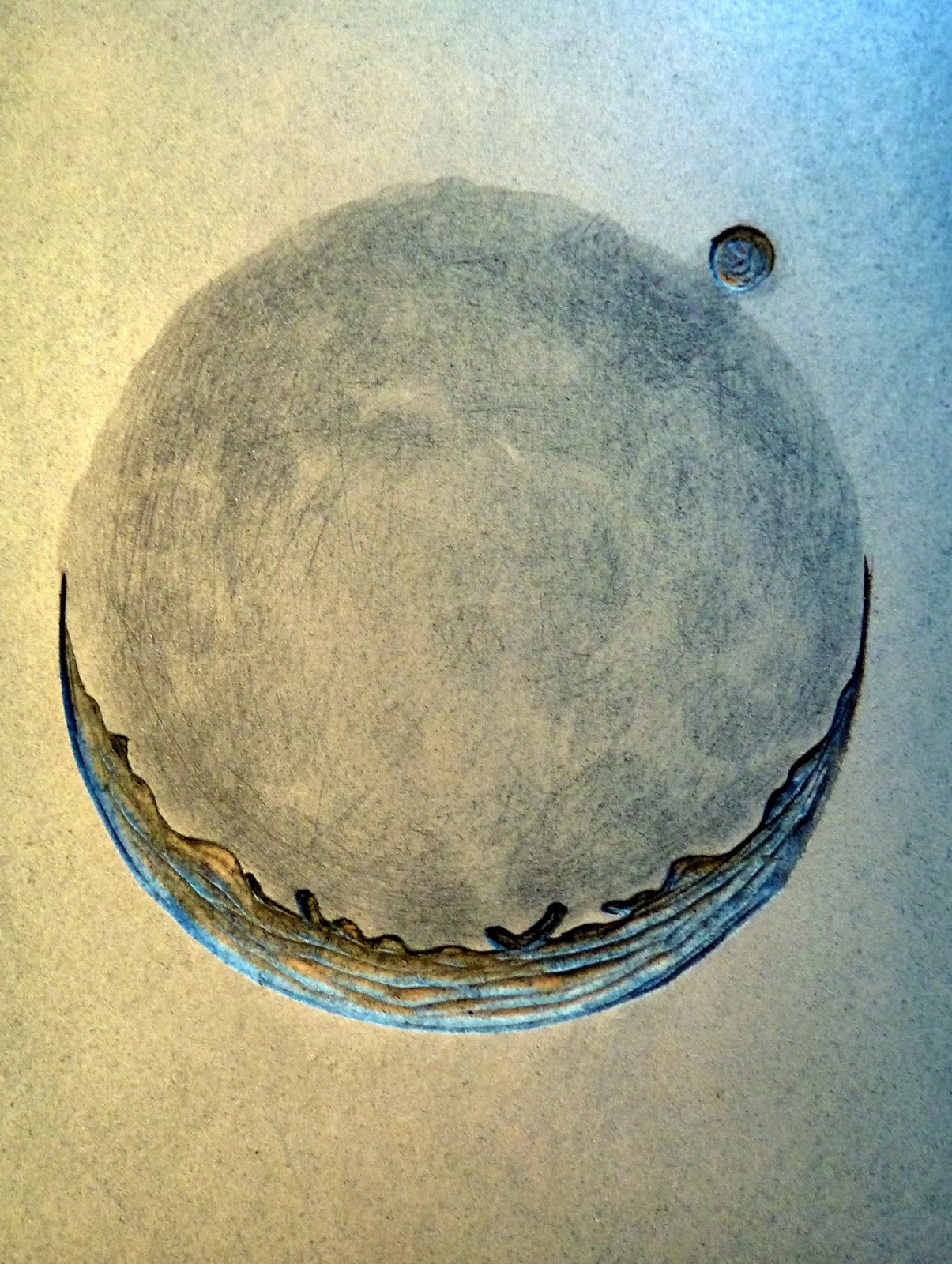 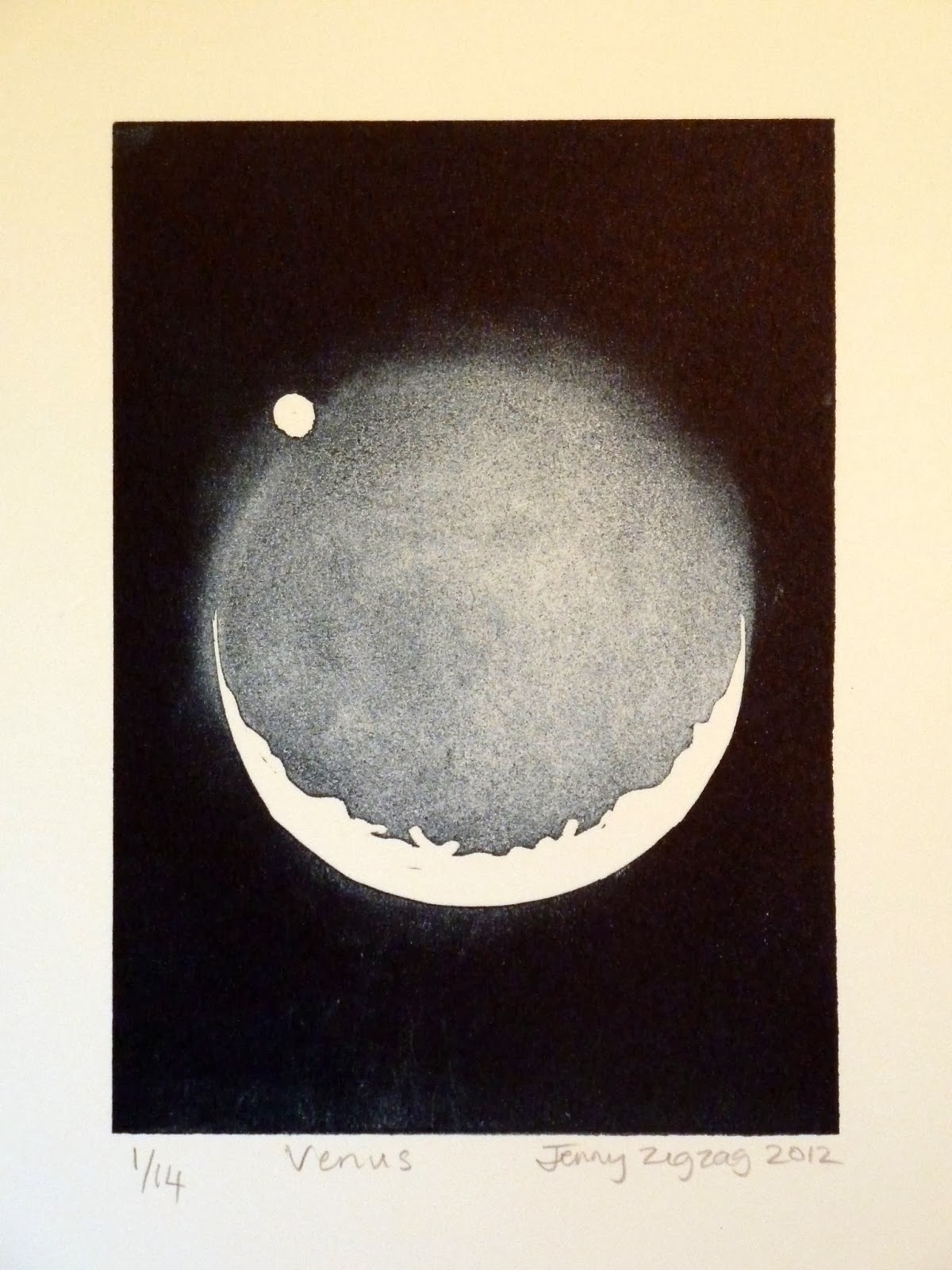